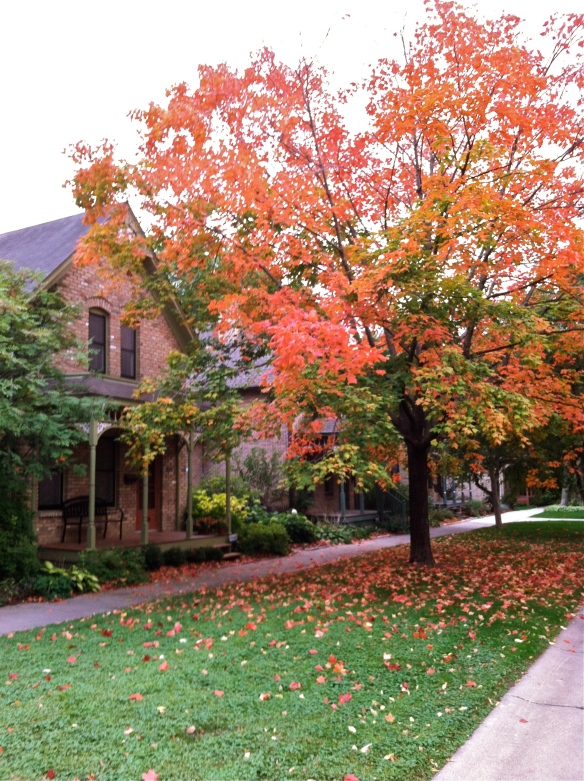 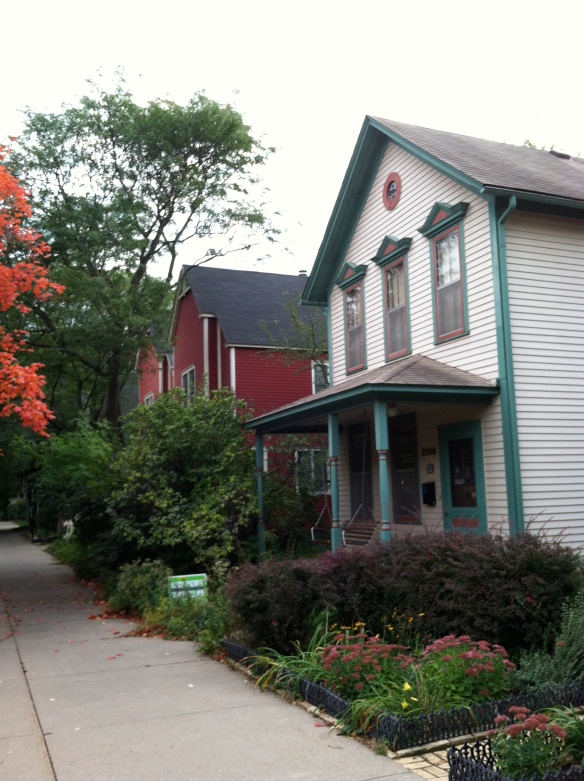 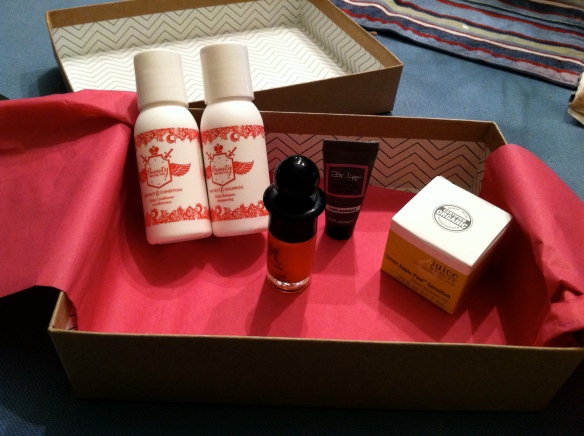 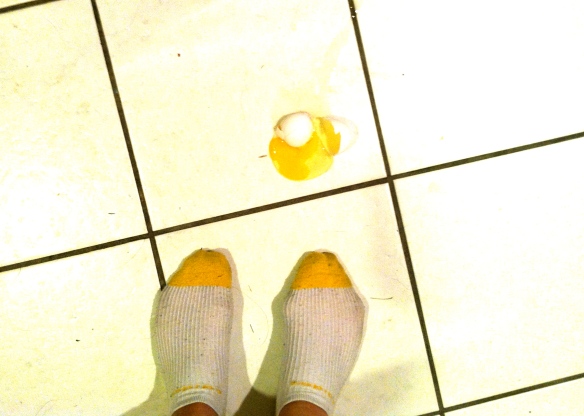 The upside of dropping an egg: sometimes it matches your socks. 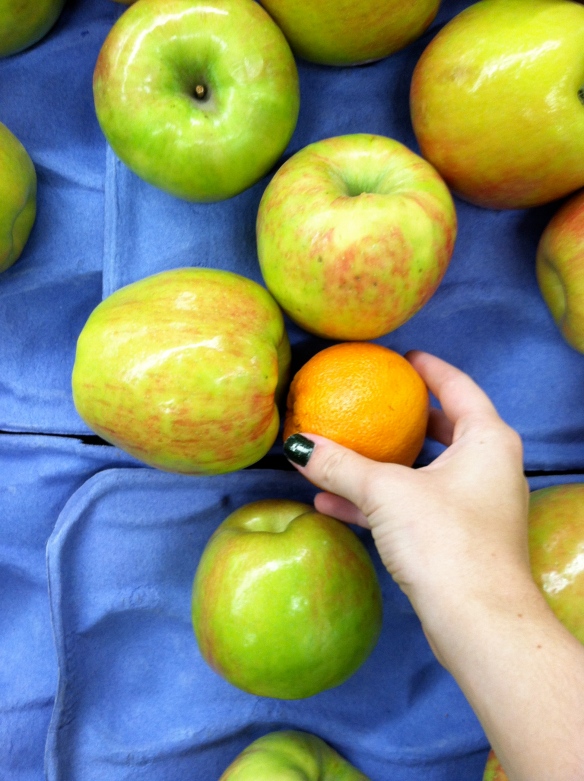 Honeycrisp apples the size of grapefruits. And bigger than oranges. 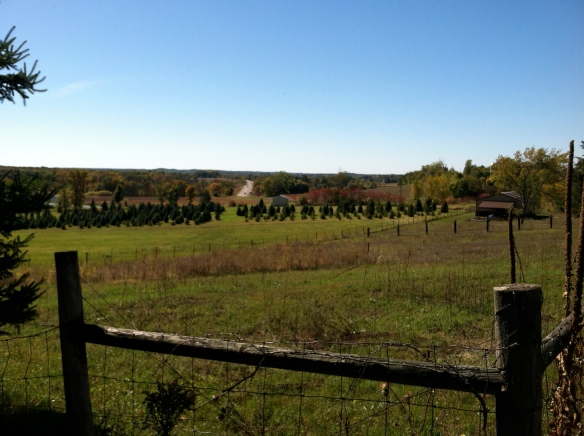 Break from the Vikings game to take in some scenery.

I awoke on this, my day of birth, to darkness and quiet.  It was five-thirty in the morning, a time I prefer to sleep through unless I’m doing something particularly important such as going to the airport or being born.  I was born twenty-three years ago around five-thirty in the morning.  I was ten days late, which is a little more characteristic.  I suspect that I wished to avoid the great spectacle of emerging into the world for as long as possible, and then perhaps decided all at once to get it over with.  Perhaps it was getting uncomfortable in there.  Perhaps my lower back was twingy even in utero.

It was just too magical that I randomly woke up twenty-three years later so close to the time when I was actually born, so of course I wasn’t going to go back to sleep.  I tugged a blanket off my bed and wrapped it around my shoulders as I staggered to the living room couch.  Ruby was there, dozing on the rug.  She summoned some enthusiasm to greet me, and then settled back down.

The sun began to rise.  A thick orange stripe appeared from behind the tree line, padded above with grey sky and below with grey lake.  The bright globe at the middle of the stripe seemed to burst before my eyes, coloring the leaves of our backyard ash tree.  The stripe lightened to peach and then to pale yellow.  Orange flecks fell onto the lake, tracing a path from my window to the sun.  And then it was over, or at least I stopped watching because Ruby whimpered to be let outside.

Mom and I went to church later in the morning, where we were prevented from leaving our pew at the end of the service by two elderly barricades who had knelt to pray for the next person to die in the parish.  We couldn’t interrupt, so we stood still and considered vaulting over the shorter of the two.

Then came the all-important Vikings football game.  I feel asleep briefly in the second quarter, but was roused at halftime to help Dad remove a dead mouse from its dusty mausoleum in an air duct.  Because sometimes, even when you’d like to prance around in a plastic tiara that reads “it’s my birthday, spoil me,” dirty jobs have to be done.  And decomposing mice have to be discarded.

Dinner and dessert, as per tradition, were at the birthday girl’s request.  I chose ribs (we’re entering those last few precious days of grill-conducive weather, after all) and this cake.  Amy went off to college a few weeks ago, the skunk, so poor Mom and Dad were left to harmonize a happy birthday by themselves.  Luckily, musical expectations are low in my family clan.  I opened presents, the contents of which I will likely detail in Friday Favorites, where I can be openly materialistic.

This year’s birthday was a little different from last year’s.  But as always, I felt the satisfying weight of another year’s worth of lessons and discoveries.  I’ll try to use them wisely.

Folks, there’s a lot to look forward to this weekend.

1. The Vikings/Packers game tomorrow evening.  I will certainly be supporting the Vikes, although I’m worried; when the Vikings go to Lambeau, things tend to go awry.

2. Season three of Downton Abbey premieres on Sunday.  How I love my period dramas.

4. General merriment.  It’s my last weekend at home, and I’ll certainly enjoy sleep and family to the fullest.  A few games of broomball and Mexican train will likely ensue.

I went to my first Minnesota Vikings football game today.  They were playing the Arizona Cardinals, and it was only 25 dollars to go through UMM Intramurals, and, let’s face it, there’s not much I like more than screaming at men while they tackle each other in pursuit of an oblong leather ball.

I woke up at 6:40, tugged on my dad’s Brett Favre Vikings jersey (aware that I would likely be publicly mocked for wearing it), skipped the oatmeal because I was just too sleepy for that kind of thing, and walked to campus.

The sunrise was lovely. 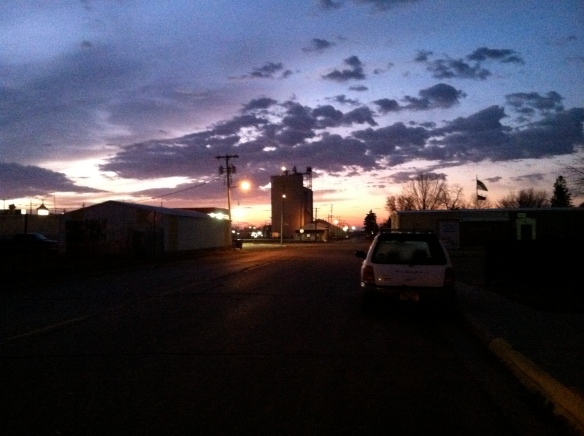 As was our entry into the Twin Cities 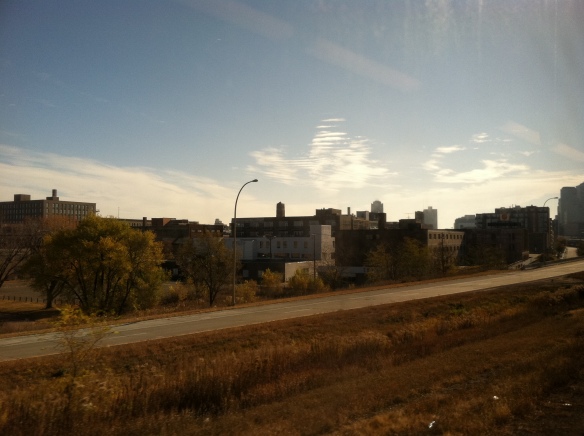 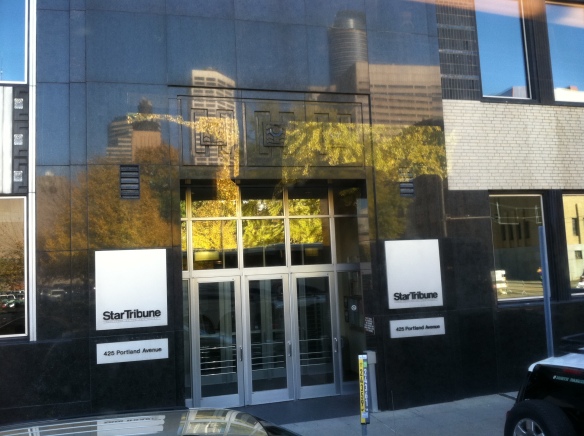 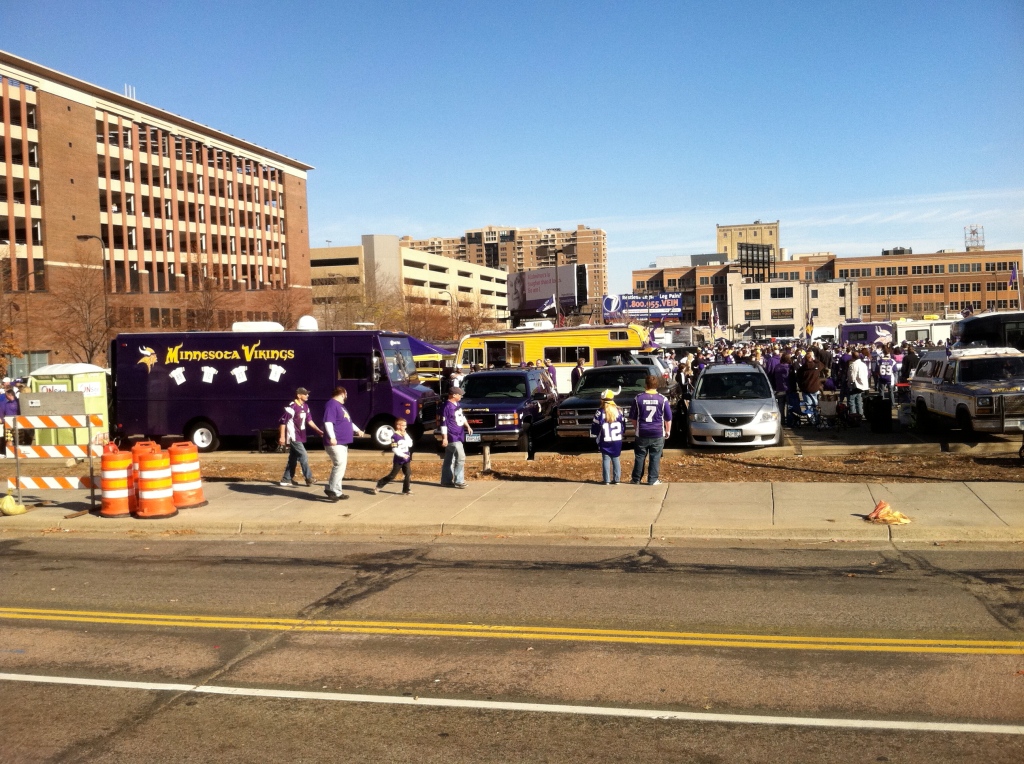 We passed a huge tailgating party. 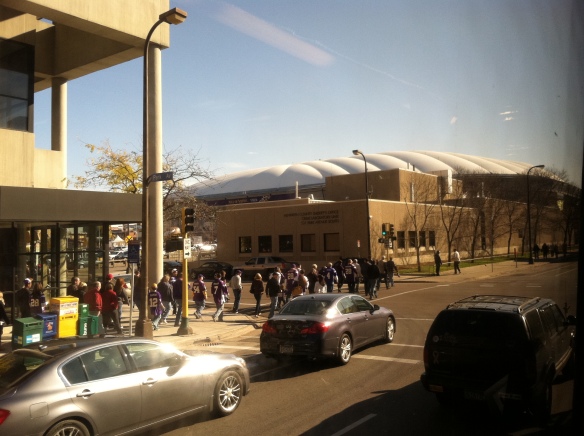 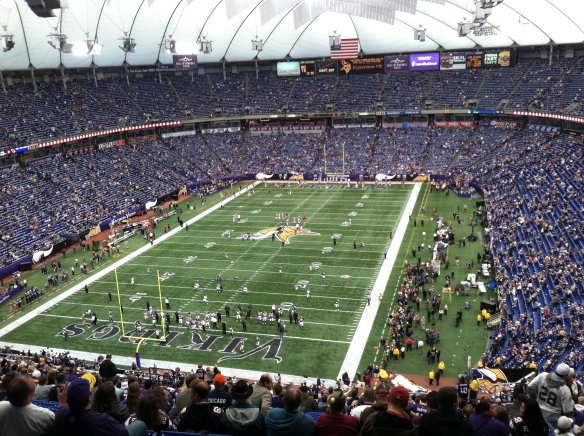 And inside. If you can’t tell from the angle, we were in the nosebleeds. So far in, as a matter of fact, that our row was the second highest in the whole place. As in, Edmund Hilary was sitting next to me.

The Vikes won, if you’ll allow me a gloat, and Adrian Peterson had several glamour runs to keep the crowd roaring.

We piled back onto the bus after it was over.  Promptly, everyone’s heads were tipped sideways against windows and neighbors’ shoulders.  I only woke to catch the sunset over Lake Minnewaska. 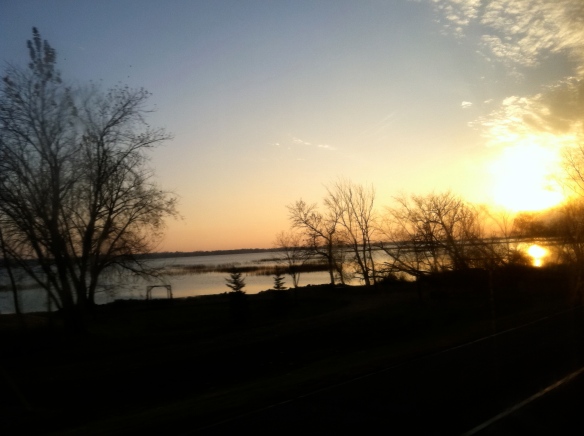